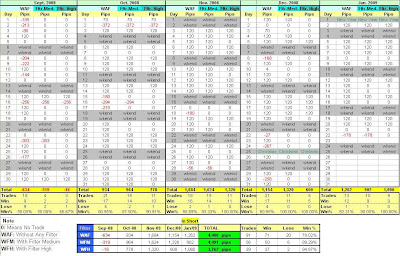 I want to share with everybody the past Results of the Robot's Signals and also the BackTest of the Filter High and the Filter Medium, so you can decide which configuration is the better for you. As you can see these Robot has been profitable in the long term in any of the three configurations (WAF - WFM - WFH).

There are some points that I want you to watch carefully:

Note: YOU ARE FREE OF FOLLOWING OR NOT THE FILTERS ADVICES ACCORDING TO YOUR OWN ANALISYS

We encourage our readers to invest carefully and to utilize the information available at the web sites of the large Forex brokerage firms. We encourage you to get personal advice from your professional investment advisor and to make independent investigations before acting on information that we publish. We do not in any way warrant or guarantee the success of any action which you take in reliance on our statements. Do not trade money that you cannot afford to lose! - All times are New York's Time - All Trades are for GBPUSD pair. Read the Risk Disclosure on http://guateforex.blogspot.com
Publicado por GUATEFOREX en 1/23/2009 09:27:00 a. m. 1 comentario:

Monthly Subscription: $35.00
If you want to receive the Entry (Pending) Orders Signals, send an email with subject: "SUBSCRIPTION INSTRUCTIONS" to guateforex.signals@gmail.com, for information.

You can subscribe at any time of the month, you will receive your signals from the date of your purchase until the same day of the next(s) month(s) depending on how many months you paid. 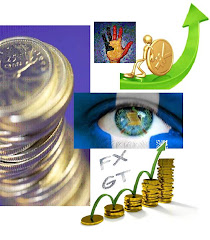 I am publishing my Signals that are still under test for those of you who wanted to test them.

Remember that the signals published in this new blog are still under test, so you have to be very carefull with this.

GUATEFOREX
If you want me to send to your mail my daily signals, then send me a Mail to guateforex.signals@gmail.com, with subject: "Suscription Instructions", and I'll contact you with the instructions on how you can suscribe to my Traiding Signals